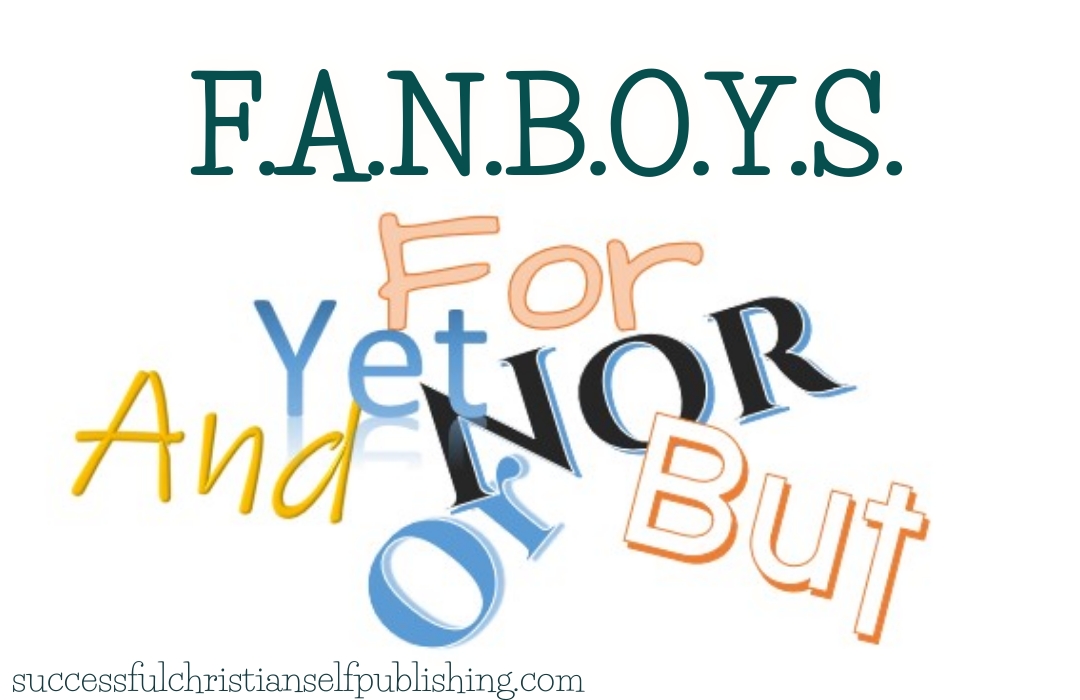 FANBOYS is a handy mnemonic device for remembering the coordinating conjunctions: For, And, Nor, But, Or, Yet, So.

Here is my take on FANBOYS:

In the narrative, if at all possible, avoid beginning any sentence with any of the so-called FANBOYS (For, And, Nor, But, Or, Yet, or So) coordinating conjunctions. Use caution with the word “Because”, or British English equivalents such as “No more”, “As well”, and “Neither”. Here’s why.

Sentences are much stronger when they stand alone.

While coordination of equivalent words is fine, coordinating sentences is weak writing. Too many sentences beginning with conjunctions often tire readers out, as if they are reading a very long run-on sentence.

Carefully evaluate whether the sentences in this paragraph read stronger without the conjunction as the first word:

So she wanted to get married. And she felt like the time was right to get married. But she was not completely sure that he was the right man. Or, it could be that she had yet to get over her last relationship.

Try dropping the FANBOYS altogether and see if the sentences hold up.

She wanted to get married She felt like the time was right. She was not completely sure that he was the right man, though. It could be that she had yet to get over her last relationship.

Too many sentences beginning with conjunctions often tire readers out, as if they are reading a very long run-on sentence. We do not (or at least ought not) write narrative prose that conforms to the same manner in which we speak. Narrative prose is expected to read much more clearly, cleverly, and concisely than the spoken word. Therefore, carefully evaluate whether the sentence reads stronger without the coordinating conjunction as the first word.

Try alternatives like Just, Merely, Only, Purely, Simply, Also, Too, However, Though, Although, or Still. Try revising or rearranging the narrative to eliminate the need to coordinate the two sentences so the flow reads more naturally.

It’s normal and natural to speak with sentences that begin with those conjunctions. Stylistically, you can keep some in to help with the flow of the narrative—especially when you’re really immersed into your character’s point of view. They are not a grammatical error any more than using forms of “to be” verbs are a grammatical error, but they point to immature writing. In the same way that changing “to be” verbs to active verbs makes the writing stronger, dropping FANBOYS at the beginning of sentences makes the writing read stronger.

Without a FANBOYS, sentences will read stronger. Not tying them to the previous sentence allows each sentence to carry its own weight.

Using FANBOYS also destroys any intentional flow. It is especially weak to use the phrases like “And then” or “But then” – when it’s completely proper to just use the word “Then” without the conjunction, and it makes for a better written sentence besides.

Out of these three sentences, you can see that the one that carries its own weight and stands alone as the strongest sentence is:

Then, he drew his sword.

It’s not relying on the previous sentence to have the impact the reader seeks. It is an active, stable sentence that can stand on its own.

You also never want to give the reader any excuse to put down your book. Like I said, when using too many FANBOYS in the beginning of sentences, your reader is going to feel exhausted and need to break from reading.

Because when we speak, we naturally begin many of our sentences with FANBOYS, this advice does not apply to dialogue, and only applies to narrative. We naturally use FANBOYS, so chances are your characters are going to naturally use them when speaking, too. That’s a good thing. It’s very easy to say, “And so we went to the store…”

When in self-editing mode, I simplify the search for FANBOYS by performing a “Match Case” case-sensitive search for the capitalized forms of those words—that way I know they’re at the beginning of sentences. Once I discover the FANBOYS (and honestly, it’s more than I’d like to admit), I evaluate each sentence. Usually, I reword the sentence to lose them. Rarely, I keep them if I read it aloud and it flows the way I want it to.