It’s important in fiction writing to write actively – because doing so makes it much more interesting for the reader. When you write actively, the reader gets more easily caught up into the action of the story.  It’s a cleaner way of writing that simply reads better.

However, when American English is our first language, we naturally speak passively. So, for me anyway, I tend to write passively.

Here is an example of passive versus active:

In the first example, the object being acted upon (the cream) becomes the subject. “The cream was poured…” In the active sentence, the subject (the barista) actively performs the action.

I know that the narrative in my final product should be as active as possible. I’ve never not known that. However, I have discovered that in my natural, letting my mind go and my story come alive, I tend to write passively.  I learned the hard way that trying to write actively in my first draft completely and totally trips me up. I can do it, but it sucks my creativity out the window. So, I write passively, then edit to active. Because I tend to write passively, I have the daunting task of searching my final document for passive verbs and then making those sentences active.

Searching for passive verbs in a 100,000 word document is made more difficult by the fact that not every passive verb is in a passive sentence. For instance: 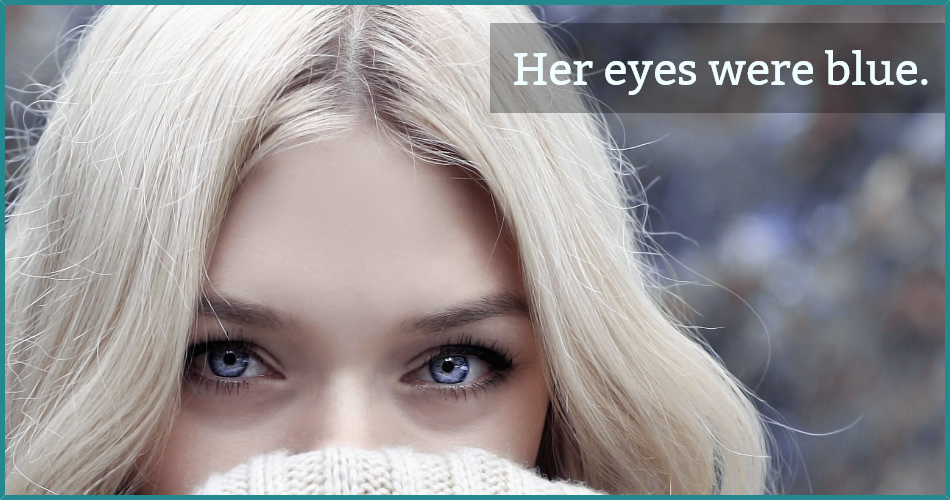 Her eyes were blue.

That sentence is a state of being. Her eyes were blue. It’s not a passive sentence.

However, there are ways to make her state of being more interesting.

Example: “Her blue eyes sparkled like the most precious sapphires.”

Her hair was brown.

It was just after 3 o’clock.

In the above examples, her hair is in a STATE OF BEING the color brown. The time was in a STATE OF BEING just past 3. It could be awkward or unclear to imbue either of the above sentences with action and they need not be revised. However, revision with an eye toward emotive action that also fits the narrative flow will improve the literary quality of the work.

Her lustrous brown hair distracted him.

He barely noticed the passage of time until a glance at his watch revealed the hour had crept past three.

When fixing my document, I only change the passive verbs in the narrative. If it’s normal and natural for my character to speak passively, I leave it alone. It sounds right with speaking and in no way hurts the storytelling.